The Royal Mail moves to the cloud

And tell us how they did it

when The Register has something new about ... 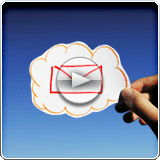 When you're an organisation the size of the Royal Mail, there comes a point when you really have to stop and take stock of the IT operations. Reg reader Adrian Steel, from the Royal Mail, did this in 2008 and noted the state of their infrastructure.

More than 30,000 users with multiple email systems, not enough bandwidth or storage, obsolete PCs, thousands of Lotus Notes applications, multiple operating systems, and a giant headache for the Royal Mail's IT department and its system integrator CSC.

To sort out the problem, Royal Mail devised a plan that would either be brilliant or career-ending: it was going to move all its users to the cloud in a matter of weeks.

Reg reader, and the Royal Mail’s man in charge of the mother of all migrations, Adrian Steel joins us in the studio on April 18th at 11:00 BST to talk about how he convinced his bosses, trained his users, managed the migration and still managed to get some sleep.

He gives us the inside track on the project from start to finish. He’ll tell us the lessons he learned, tells you how to do it without causing a revolution, and why a cloud migration, in this case at least, is career-enhancing, not career suicide.

The Reg's Tim Phillips is the host for this discussion and, alongside Adrian from Royal Mail, he’s joined by Glyn Knaresborough from CSC and Dale Vile from Freeform Dynamics.

In case you’re wondering, yes, Adrian is still gainfully employed by the Royal Mail and, yes, it was a successful project. It came in early and he’s got a client satisfaction rating that is topping the charts.

If you’re an organisation toying with the idea of cloud, you might just learn a thing or two from Adrian’s experiences.

You will have to register, or log in, in order to view this webinar.